James Walker: My tribute to the Battle of Britain heroes

James Walker: My tribute to the Battle of Britain heroes 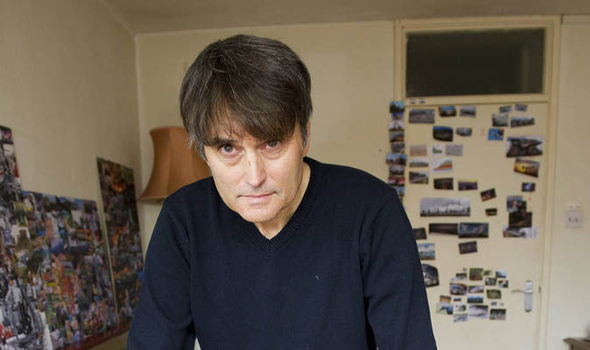 The Battle of Britain was their finest hour and the story of how the nation bravely faced the Nazi onslaught is depicted in an inspiring new commemorative collage.

This work (inset right and in poster form on Pages 28&29) is by rock musician turned artist James Walker, a Canadian and adopted Londoner who wanted to pay his own unique homage to the indomitable spirit shown in 1940. In the run-up to the 75th anniversary of the aerial campaign which proved to be a turning point of the Second World War, he sifted through thousands of iconic images from the period, finally selecting about 180. Today the Daily Express is giving away a poster version of his extraordinary collage

. It is a breathtaking reminder of the Battle of Britain, which was heralded by Winston Churchill in a speech to Parliament. “The Battle of France is over… the Battle of Britain is about to begin,” he said. “Let us therefore brace ourselves to our duties, and so bear ourselves, that if the British Empire and its Commonwealth last for a thousand years, men will still say this was their finest hour.”

Walker’s original work is on display at Bentley Priory, Stanmore, north-west London, the former stately home where Fighter Command had its wartime HQ. It is now a museum dedicated to the heroics of The Few. “I’ve always admired the British spirit,” says the 60-yearold.

“The work is intended to depict the willpower and bravery shown in the Second World War. I wanted it to be uplifting. It tells a story and I’d like to see the poster on the wall of every child’s bedroom. I really wanted to make something for the British people. I’m Canadian but Britain accepted me and gave me a life. For that I am indebted.”

The collage took about a month to complete. One section depicts the massing German forces in France, while images of sky and water dominate the top and bottom respectively.

The title of the work, Britain Shall Not Burn, is taken from a wartime propaganda poster warning the British public about the dangers of incendiary bombs.

“I went through thousands of photos. It was a process of elimination,” says Walker, who only became a full-time artist in 2012. “I had to be ruthless and keep the story and geography in mind. Next to Churchill is Hugh Dowding, who was in charge of Fighter Command but whose role is often overlooked.

“Another image is of an airman who is wearing a life preserver. He encapsulates everything about the British hero. I don’t know his identity but he’s typical of the young men who put everything on the line for their country. Every day they knew they could die. I’ve also included images of children, for the looks of excitement on their little faces. There’s a war on but the boys are having fun.”

The Battle of Britain was fought from July 10 to October 31. Hitler intended to gain air superiority before launching an invasion but the Luftwaffe was repelled by the vastly outnumbered RAF. The Blitz began soon after, which is depicted in the collage in the form of a London bus in a giant bomb crater.

Walker says: “Whenever there is a national crisis Britain galvanises and that has always impressed me. There’s a willingness to make sacrifices and a spirit of invincibility.”

Each image he selected was printed and painstakingly cut to size using surgical scissors to complete the work, measuring 30 inches by 22 inches. One challenge was sourcing some colour images to bring the collage to life. 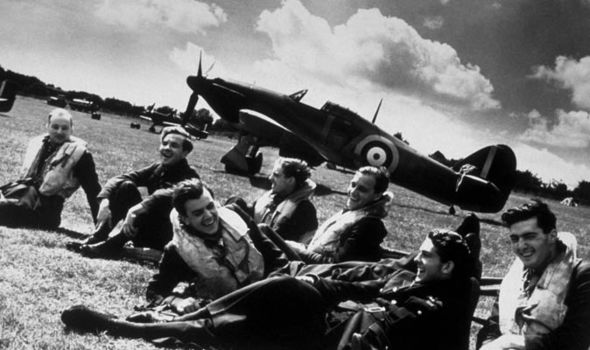 “It was largely a black and white world during the war,” says Walker, who is delighted that Britain Shall Not Burn is on public display in such an appropriate arena. “I’ve already achieved what I wanted because the collage is hanging at the Battle of Britain museum,” adds the artist. “I hope it will be there permanently.” In his other works Walker has depicted various moments from the war, including the Battle of Stalingrad, as well as more recent events such as the 9/11 terror attacks in the US and the 2011 London riots.

He produces only collages, which involves the layering of many images and emerged as an art form in the early part of the 20th century. Pablo Picasso helped coin the term collage from the French verb ‘coller’, meaning to glue. James Walker has a fascinating background. Born in 1955 he grew up in a small town north of Edmonton in Alberta, Canada.

Some neighbours were Second World War veterans which triggered his interest. After studying music Walker moved to Vancouver, where he played drums in a punk rock band called The Furies. He arrived in London in 1978, during the immediate post-Sex Pistols era, with his drum kit and £600 in his pocket.

He intended to stay only a month but answered an advert for a drummer in Melody Maker and helped form Public Image Ltd, with ex-Pistols lead singer John Lydon, aka Johnny Rotten. “It was a crazy time,” says Walker, who recalls hanging out with Sid Vicious and musicians from other bands including The Damned, the Ramones and The Clash.

“London was such an exciting place to be and Britain just charmed me. It is a country that is very open to new ideas. I was 22 and just wanted to play music. It was the best time of my life. I led a rock star’s existence, with all the excesses.”

The band’s debut single Public Image was a Top 10 hit. However, Walker lasted just a year and one album before becoming disenchanted.

The split from Public Image Ltd was acrimonious and he says: “I don’t think you make friends in the music industry. Before the money began coming in we worked hard but it all started unravelling when the band began having success. We didn’t even have a manager.

“But that was a lifetime ago now.Every once in a while we still bump into each another and I’d happily have a beer with them.”